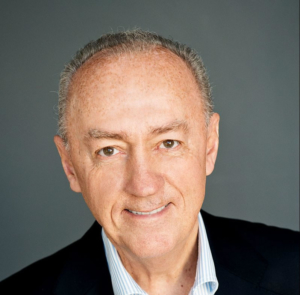 Allan Larsson has had a career as a journalist, Undersecretary of Labour, Director General of the Swedish Labour Market Board, Finance Minister, Member of Parliament, Director General of the EU Commission, chairman of Swedish Television and Lund University and a member of international commissions and advisory boards. He is currently involved in climate city development projects; he is founder and senior adviser in ElectriCITY/Hammarby Sjöstad, chair of the national innovation program Viable Cities and vice chair of EU Mission Board on climate neutral cities.

Allan Larsson was born April 3, 1938 in Bredaryd in Southern Sweden. After University studies in Lund he became a journalist, working as news reporter for Arbetet, Aftonbladet, Dagens Nyheter and Swedish Television and editor-in-chief of a weekly magazine, Vi.

Research, administration and politics in Sweden.

After retiring as Director General he served as Chairman of the Board of Swedish Television 2000-2005 and chairman of the Transatlantic Dialogue on Broadcasting and Information Society 2002-2005. He was also a member of the OECD Round Table on Sustainable Development in Paris 2001-2003 and personal representative of Director General Juan Somavia, ILO, to the Johannesburg Summit on Sustainable Development 2002. In 2001 he became a member of UN Secretary General Kofi Annan’s High Level Panel on Youth Employment. He was member of the Albright-de Soto Commission for Legal Empowerment of the Poor 2005-2008. Between 2007 and 2009 he was a Member of President Barroso’s High Level Group on Energy and Climate Change. He has also been a member of the ETUC Reflection Group on Economic Policy and Employment in Brussels. In 2016 he become Special Adviser to President Jean-Claude Juncker in the preparations of the European Pillar of Social Rights. In 2019 he was appointed vice chair of the EU Commission Mission Board on Climate neutral Cities.

In 2003 he was appointed Chairperson of the University of Lund, a post he held until March 2012. In 2007 he was appointed Chief Negotiator for Sweden’s offer to host ESS, a European multidisciplinary science facility; an agreement was reached in 2009 to build ESS in Lund. In 2010 he was in charge of negotiations to establish Medicon Village at the AstraZenec premises in Lund. He served as a member of the Board of Mats Paulsson’s Foundation, owner of the Medicon Village AB, between 2011 and 2017.

In 2011 he took the initiative to establish Hammarby Sjöstad 2020, a sustainable city project on electro mobility, energy, recycling, and water technology, now further developed into an innovation platform, ElectriCITY, with some 60 enterprises, research organisations and housing associations as members and partners. He is also involved in local development projects in Gotland – Forum Östersjön.  He is a senior advisor to Global Utmaning, a think-tank in Stockholm.